A Healing for Mom 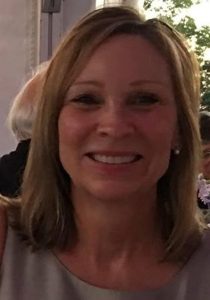 In 2007 God healed my Mom.  Below is her story in her own words.  This was originally published in Miracles: Healing for a Broken World by Father Stefan Starzynski with Chris Grzasko.  Nine years after this healing, my Mom is healthy and seems to be getting younger, stronger, and healthier as the years pass!

In the spring of 2007, I started having some female problems which resulted in a surgical procedure at the hospital.  My health was fine until December of 2007, when exploratory procedures were undertaken to determine the cause of some bleeding.

On December 5, 2007 I was given the bad news that my endometrial lining was excessively thickened.  I was immediately scheduled for an even more invasive procedure – a hystersonogram – the following week, in order for the doctors to view the uterus more clearly.

On December 8, 2007 my son, Kevin, attended Fr. Stefan’s healing Mass.  Kevin was not aware of the severity of my doctor visits; he only knew that I was scheduled for a medical procedure.  Unbeknownst to me, Kevin stood in my stead and prayed for my healing.

On December 12, 2007, the fourth day after the healing Mass and also the Feast Day of Our Lady Guadalupe, I went in for my hystersonogram.  My husband accompanied me, and we nervously watched the monitor as a probe viewed my uterus.  The doctor was very quiet, not making many comments until he exclaimed, “Oh, there is a very tiny polyp.”  He stated that it was not big enough to cause any bleeding problems.  It was so small that is had been undetectable on the previous sonogram.  He measured my endometrial wall, and although I was very afraid to hear the answer, I asked, “What does it measure?”  He answered very matter-of-factly, “Oh, it’s a five – totally normal.”  I was flabbergasted!  The week before had been a ten – up two digits from the previous year when it had been an eight.

At a measurement of eleven and up, doctors investigate for possible cancer.  It was a five!  It was normal!  God had intervened for me and had physically healed me of a potentially life-threatening situation.

Over the next two months, I had very minor episodes of intermittent bleeding.  On February 9, 2008, when I went to Fr. Stefan’s healing Mass, I was not in search of healing for my physical well-being but my emotional well-being.  I had to put down my beloved fourteen-year-old Greyhound, Reason, on February 7, and I was much in need of an emotional healing.  Once again, God blessed me in his undeniably-from-God fashion.  He not only unburdened my heavy heart over the loss of my dog, but since that night I have not experienced any more bleeding.  It is now seven months later.

God heals in the most wondrous ways.  Even when I don’t feel worthy of his blessings and graces, he continually surprises me with them.  They are a constant reminder that He is always with me.  He never leaves me.  When I need Him the most and when times are hardest, He guides me to what I need to hear, see, or feel in order to ease the pain.  This is the ultimate gift of all – His love for me.

I told my friend Mary about my healing, and she told her daughter, Katie, whose friend had colon cancer.  We went to the healing Mass to pray for Katie’s friend, and God answered our prayers for her, too.